84 participants battled for medals in 13 categories. Serbian team managed to finish the tournament with 12 medals.

The tournament was held in balloon Orange Arena in Sombor. This was the fourth crossminton tournament ever held at the venue, and it turned out to have ideal conditions for such event. The matches were played on 9 courts – four clay courts, and five artificial grass courts (three adult and two U12 courts), totalling 171 matches.

Open final was the perfect example for crossminton! Exciting and attractive, with many fantastic points and a thriller till the very end. Petr was more concentrated in the first set, made few mistakes and plenty of winners and ace serves. In the second set Melker was superb, defended well and outplayed Petr and the third set was the best with many changes in the lead and the last three points going to Petr, overturning the Melker’s 13:14 lead.

Women’s final was very interesting, even though the result was 2:0. Danaja Knez and Jasmina Keber were an even match, both playing aggressively and having many winners on both sides. Jasmina made less mistakes and used her vast experience in her advantage.

Head of the International crossminton association was satisfied: ˝ Thank you for the excellent organization of Boris Jerković and Alida Jerković, on behalf of the Slovenian team! ˝

Winners gave short statements to the local press, and head of the Slovenian crossminton federation had a short interview for a national television

In 2019, the sport has progressed continuously since 2003. By now, there are several thousand players in constant tournament rivalry throughout the year. The International Crossminton Organisation was founded in 2011 and it has since then doubled the number of its members reaching 33 in 2015. 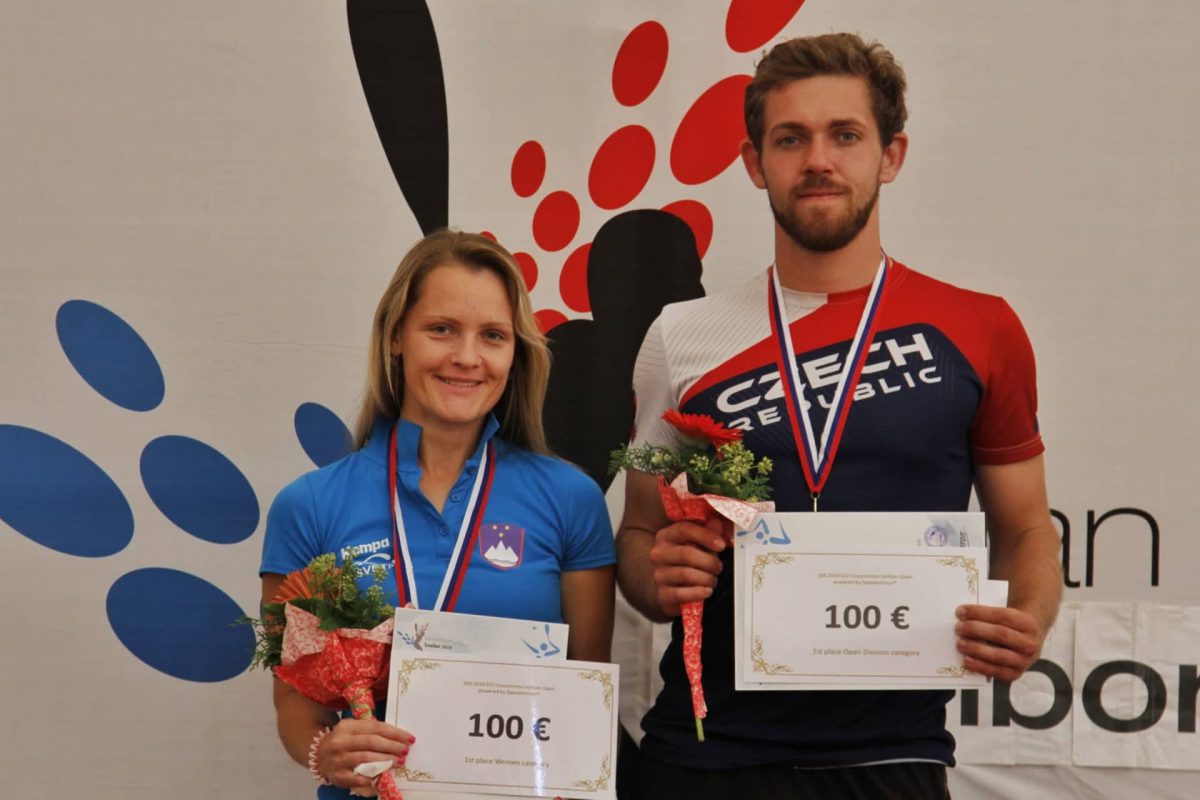