196 participants from 15 different nations battled for medals in 13 categories. The nation with the most gold medals was Czech republic, with gold in the following Open Division, Open Double, Female single and Female U18.

The tournament was played on 15 crossminton courts, all under the same roof in a big handball arena at Skien Fritidspark, the greatest area for sport facilities in all of Norway. Most of the players used the Accommodation At Fritidsparken hotel, just 100 meters away from the courts.

A total of 473 matches were played during three days, with only semi finals and finals played on the last day. The organizers wanted to give all of the categories equal attention during this day, and established 2 courts surrounded by tribunes – in order to make a great atmosphere for the final matches.

Some really interesting matches and fast rallies were seen during the final day, and it’s safe to say that the level of the players is getting higher and higher for each year. Specially when you see some of the young players now challenging the players with big routine, and some names are worth mentioning. Adam Kakula, the hard hitting 20 year old Slovakian that defeated the legends Hjalmarson/Aronsson together with his partner Jozef Gibala in the Open Double division. Kakula is a player that surely will compete for big titles in the future.

Nonetheless, it was established players that ruled the Open Division. World Nr. 1 Petr Makrlik from Czech Republic showed superb form from the beginning of the tournament and won a high-quality final match against the legend of crossminton, Per Hjalmarson from Sweden, with surprising ease. Bronze medals were won by Cyril Peltier from France and Melker Ekberg from Sweden.

In the female category, the European Champion title was won by 18 year old Eliska Andrlova, also from Czech Republic. With precision and high quality crossminton, she defeated Marta Urbanik from Poland in the final, and took the title in her first year of playing senior competition. Santa Paegle of Latvia and Rebecca Nielsen of Sweden finished in 3rd position. With the world number 1 Jasmina Keber out with an injury this year, it was a great chance for the young woman from Czech Republic and she did a perfect job. It will be very interesting to follow Eliska in the future and the same goes for her sister Anna, who won the Female U18 category. Together they also finished 3rd in the Ladies Doubles Division.

After the Championship, we now have Petr Makrlìk on top of the ranking with his incredible 14.250 points(!). After him we have the other finalist, Per Hjalmarson with 7.920 points, followed by another Swedish player, Melker Ekberg with 5.985 points. Even without playing the championship, Jasmina Keber keeps her position on top of the ladies ranking with 6.835 points, closely followed by the runner up Marta Urbanik with 6.040 points. On 3rd position we have Santa Paegle with 5.794 points. A lot can still happen in the battle of top position on the ranking for the next months.

After the tournament, the organizers asked for feedback through a survey, to read how the players felt about the tournament, and here are some of the comments; – “Thanks for the perfect tournament”
– “It should last for a week. Loved it!”

– “Hope to play another championship in Skien in the future”
Some critics were also given in the feedbacks, and the organizers appreciate them as high as all the positive feedback, as that’s the way the sport can develop in the future.

For readers that are not familiar with crossminton, here`s some information; Crossminton is a fast combination of tennis, squash and badminton. You can play it anytime and anywhere – without a net! The players stand 12,80 meters apart from each other, each of them in a square with a length of 5,50 meters. The objective of the game is to play the shuttle inside the opponent’s square. The player that reaches 16 points first (with at least a 2 point advantage) wins a set. The best of three sets decides a match.

The main sponsor of the sport and the series of tournaments worldwide is the Speedminton GmbH from Germany. Since 2001, the company has been developing crossminton (formerly speed badminton) and the corresponding equipment. Further Sponors of the ICO are Ulrich Burkhardt, Oberstdorfer Allerlei & Kälte – Rudi GmbH & Co.KG.

Main sponsor of the European Championship was Norwegian company Klubben AS. 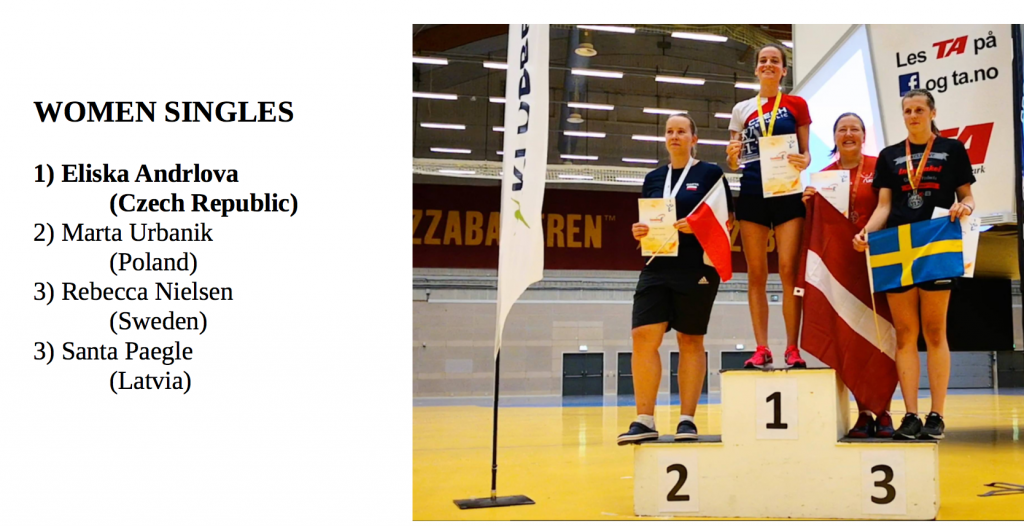 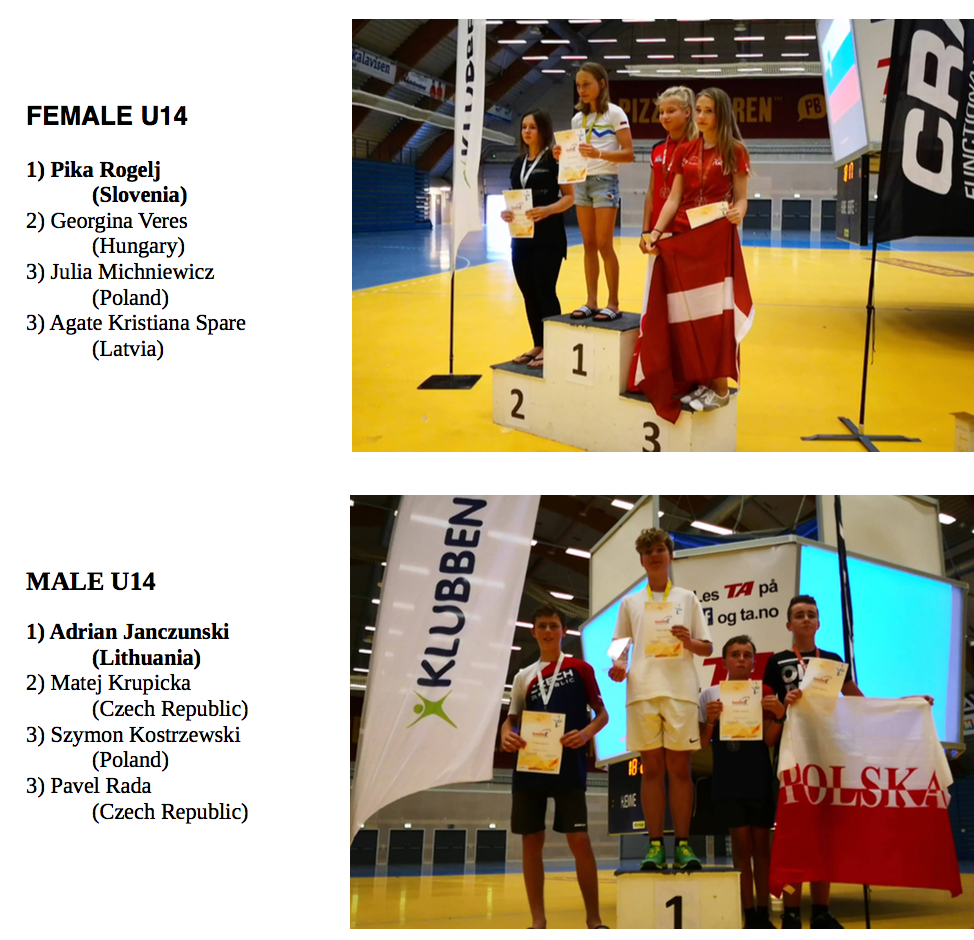 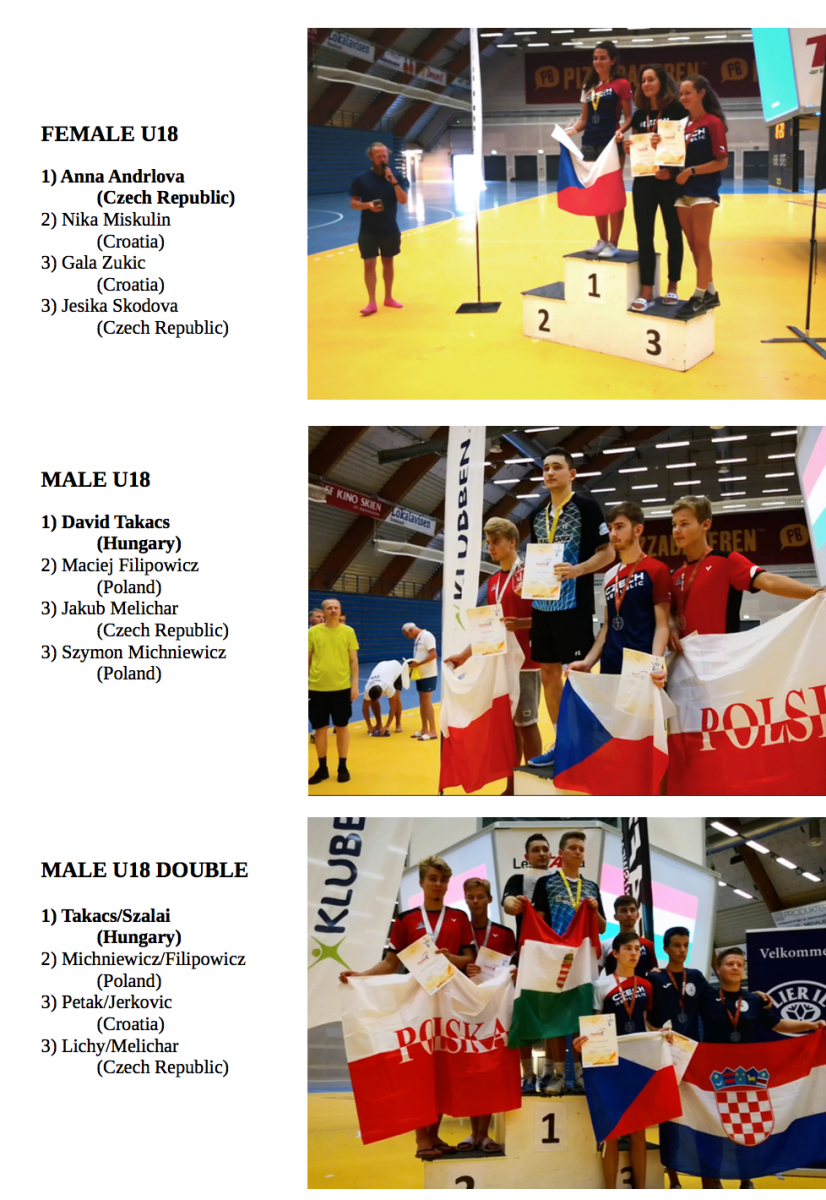 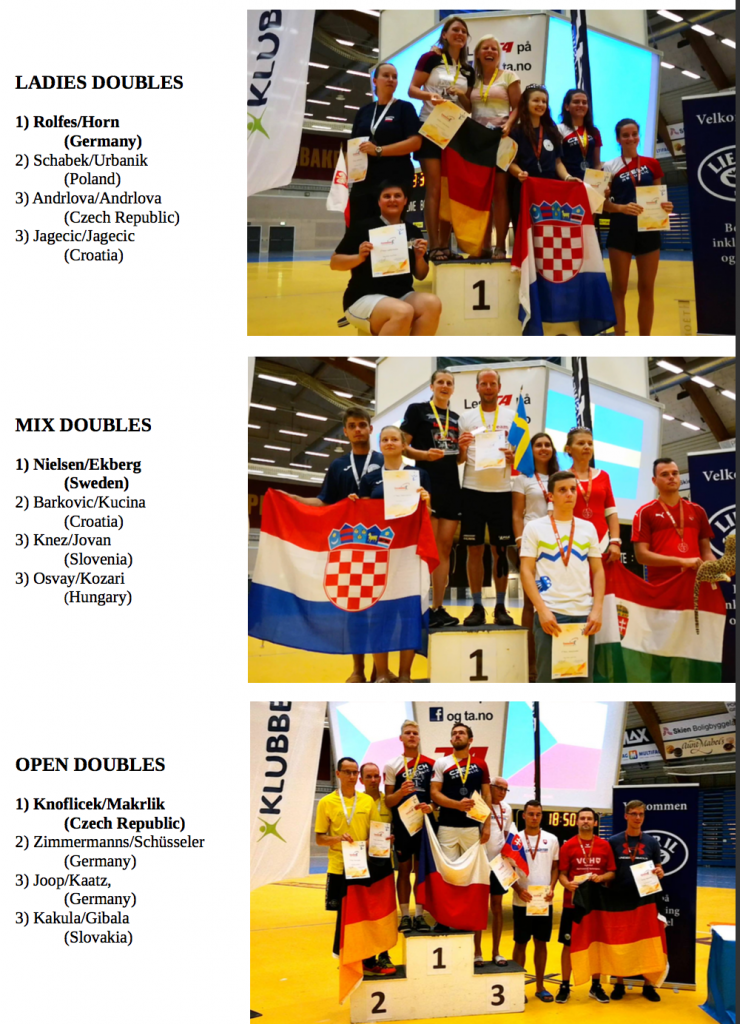 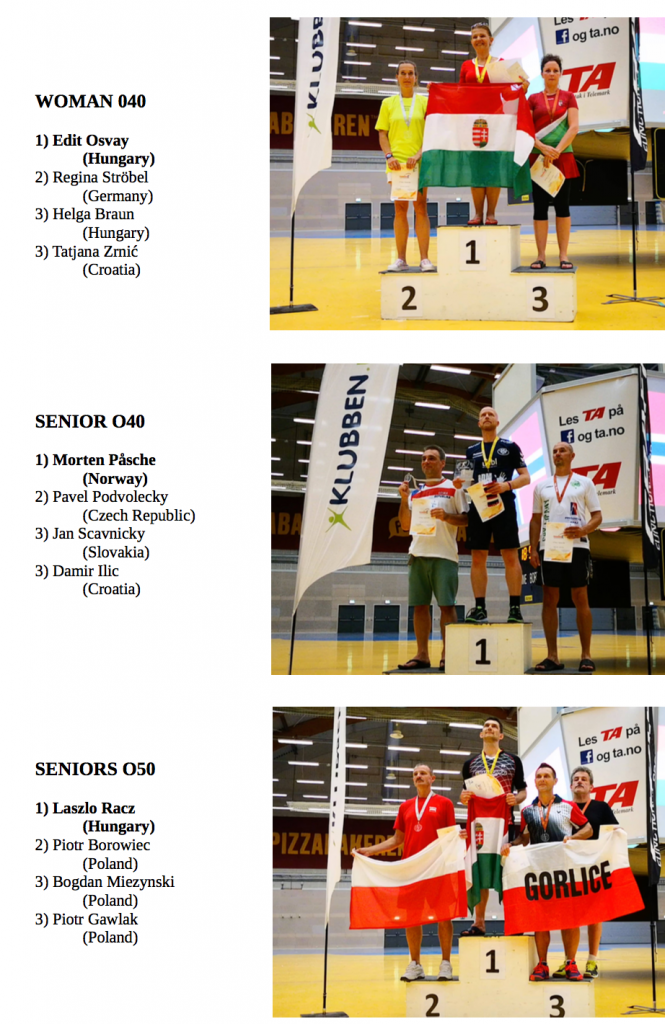