Sixth edition of the ICO Nations Cup competition’s Final tournament was played this weekend in Slovenian capital-of-beer city Laško. Four nations – France, Slovakia, Czech Republic and Slovenia – were battling for the glory and it was Czech Republic that took the winner’s trophy home.

Playing the round robin system, defending champion Slovenia with young Jaša Jovan and Lori Škerl replacing injured stars Jasmina Keber and Robi Titovšek, started their mission to retain the title against a very strong French team, led by the bronze medalist from the last European Championships Cyril Peltier. After a series of very tight matches, Slovenia prevailed – the final score was 5:1. At the same time, Slovakia offered great resistance to the super-strong Czech team, led by world nr. 1, current European Champion Petr Makrlik, but still lost 2:4 after losing both mixed doubles matches.
In second round Czech Republic found its form and cruised past France with the score of 6:0. Meanwhile, Slovakia was battling another great battle, this time against home favourite Slovenia. An entertaining clash ended in a draw, 3:3, which didnt really help either nation. Slovenia now needed a win against Czech Republic, while Slovakia could still finish second – but not first – in case of its own and Czech victory.
Last year in Croatia, Slovenia and Czech Republic played 3:3, which was enough for Slovenia to win the title and Czech Republic to finish in runner-up position. This year, 3:3 would be enough for Czech Republic to win the title. However, it soon became apparent Czech good form in just too good for the home team. Excellent singles performances by Makrlik, Daniel Knofliček and Zuzana Kubanova brought an early 3:0 lead and the title race had already finished. Slovenia was on its knees and it didnt get any better – the clash ended 6:0. Slovakia could now push Slovenia down to third place, but the French brigade came to the rescue of host nation. Peltier and Maxime Jaffre won all their singles matches and Peltier with Sonia Dete also won the doubles match, giving France the 4:2 win and 3rd place in the competition. Slovakia finished 4th, inspite of Barbora Syč-Krivanova winning all her singles matches. Petr Makrlik also won all of his 6 singles matches.
To sum it up, it was another great ICO Nations Cup tournament and a deserved victory by Czech Republic! 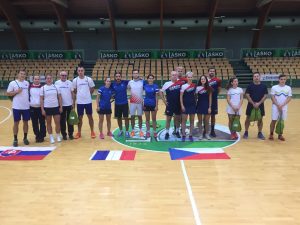 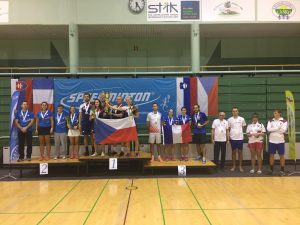